With 12 ironguides athletes doing the Aviva half ironman, 6 of them attempting this distance for the 1st time, this was always going to be a big day for me. 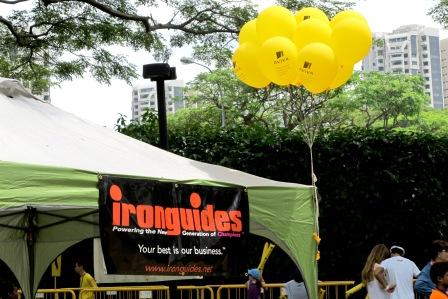 With 12 ironguides athletes doing the Aviva half ironman, 6 of them attempting this distance for the 1st time, this was always going to be a big day for me. There were a couple of breakthrough performances, numerous solid and well put together races and as with all races, a few dissappointments. I am proud of all of you and I will continue to look for answers to those problems that need work.

Thank you to all of you supporters that came out and cheered us on. You gave us good energy, gave us a chance to show off what we’re made of and turned the a long day in the sun into an enjoyable and memorable adventure.

Jo Pizel – 6:56 – Jo’s 1st 70.3 was a success – Hooray! In the last month leading up to the race, Jo was unable to run due to an ankle injury. We tweaked her approach to a walk/ run strategy and she brought it home nicely. Great swim and bike, Jo!

Stephen Boyd – 6:18 M35 – 39 – After a good swim and a well paced bike, Steve unfortunately became the second victim to the oppressive heat that zapped his legs for the run. We’ll figure this one out! 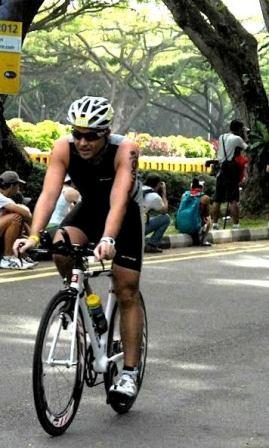 Robert Fry– 6:04 M35 – 39 – Another excellent performce in his 1st 70.3 adventure. Robert raced steady all day and pieced together a near perfect race. Well Done! He’ll see his times dropping if he continues to train consistantly.

Frank Kellens – 6:02 M40 – 44 – A superb performance in his 1st 70.3. Frank has certainly come a long way! His commitment to learning how to swim ( from scratch) and midnight sessions on the bike trainer have transformed this recreational runner into a budding triathlete. Frank shows us that nothing is impossibe.

Sarah Tan – 5:57 Age group 7th – Always one to give the boys a run for their money, Sarah pulled off a solid race for a top 10 finish. despite suffering badly in the heat on the run. Lots of room for improvement if she learns how to push on the bike and takes the chance to race more strategically and aggressively.

Renchun – 5:42 M25 – 29 – A solid performance from Renchun in his 1st ever triathlon. This keen youngster is bound to improve as he starts officially training to The Method.

James Brodie – 5:38 M40 – 44- A good swim and well paced bike were not enough against the hot and humid conditions that forced a sub par performance on the run for James. We’ll find a way through this.